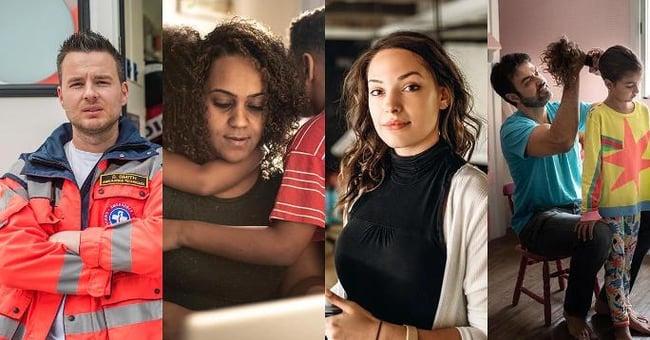 At United Way of Central Minnesota we are rallying together to support those in our community who are working but struggling to make ends meet. Below are four stories of ALICE. We invite you to walk in their shoes and see that ALICE may not be as far away as you have imagined.

Michael is a 25-year-old paramedic living in downtown St. Cloud, Minnesota. With only two 24-hour shifts a week, Michael picks up bartending shifts at the local pub to help supplement his income.

Even though Michael’s job as an EMT is mentally, physically, and emotionally taxing, he rarely complains. After losing both of his parents last year, he realized that life is a gift that should never be taken for granted.

One would imagine a physically able-bodied young man working over 60 hours a week would be more than self-sufficient. Unfortunately, that’s not always the case. Rent, car insurance, phone bills, heating, and electricity always come to collect their dues at the end of the month, leaving Michael with little to nothing left in his pocket. An injury on the job, one unexpected fee, or a slight change in rent could snowball and bring Michael into financial ruin. What else can Michael do with no family to lean on for help? 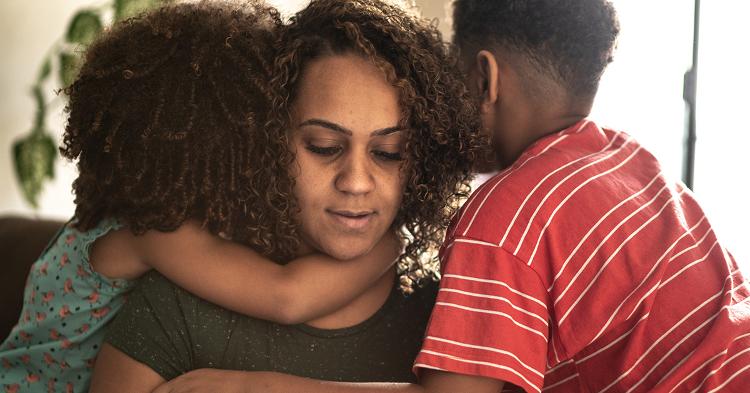 Jada is a 46-year-old mother of two living in Sauk Rapids, Minnesota. As a fourth-grade math teacher, Jada enjoys sneaking a peek of her two children in the cafeteria between lessons.

A few years ago, Jada would just wave them off to school before she spent the day running errands, exercising at the gym, and grabbing coffee with friends. That was before she unexpectedly lost her husband, Sam, to a heart attack. Now, the days of being a stay-at-home mom seem like a hazy memory.

Jada and Sam purchased their three-bedroom family home five years ago, but the rising cost of groceries, gas, and everyday essentials has taken its toll. Because her teacher’s salary barely covers the cost of the mortgage, Jada spends her Saturdays driving Ubers around town. If she’s lucky, she might be able to score enough tips to let her son play football this year.

Jada’s 83-year-old father is declining rapidly, and soon she will need to bring him into her home to care for him. She can barely feed three mouths. How is Jada expected to provide for another?

She hustled through college, saving up her waitressing tips, researching the market, and stockpiling new designs. At first, it paid off. Business was booming! Within the first year, Maggie was selling so many t-shirts that she was able to hire two full-time employees. That was before the economy took a turn for the worst.

When the numbers started to dip, Maggie was faced with having to choose between firing employees, rising prices, or providing funds from her own pocket. She selected the latter and bought herself some time. Now, however, she finds herself in an even deeper hole— the sales are not improving, she cannot cover her employees’ salaries, and she has little to nothing left in her own account.

On paper, Maggie appears to be a successful business owner with no need for financial aid or support. Behind closed doors, she is three months past rent and can’t afford groceries. Where does she go from here?

Rafael is a 51-year-old Mexican immigrant living with his wife and three daughters in St. Cloud, Minnesota. After receiving his green card in 2012, Rafael started his own tree-trimming business.

Rafael loves his job. It doesn’t pay much, but he makes enough to cover his bills, controls his schedule, and gets to spend his days outdoors. Not to mention, Rafael has never had to miss any of his daughter’s soccer matches. But considering his wife’s recent ovarian cancer diagnosis, things might have to change.

Laritza, Rafael’s wife, received the dreaded news only a week ago. They haven’t even begun chemotherapy treatment, but the medical bills have already started to rack up. In order to cover the medical testing fees, Rafael and Laritza shelled out almost everything in their account.

Now, instead of standing on the soccer field sidelines rooting for his daughter, Rafael spends every waking moment on the job. Rent is due next week, but he barely has enough money to make tonight’s dinner. Rafael worked so hard for so long. How did he get here?

WE ARE ALL ALICE.

As you can see, ALICE is not one individual. He is the man driving the ambulance truck. She is the woman teaching your child math. She is your classmate voted “most likely to succeed.” He is the man standing on the sidelines at his daughter’s soccer match.

Put yourself in Michael, Jada, Maggie, or Rafael’s shoes and reflect. Would you have someone to call or a safety net to lean on? While some may answer yes, many are not as lucky. Across the United States alone, there are a total of 51 million households (42%) living just one catastrophic event or unexpected bill away from financial distress.

Just like Michael, Jada, Maggie, and Rafael, ALICE has done everything right. Without a support system or safety net, no amount of hard work can release ALICE from the vicious cycle of poverty. This is where 211 can help.

It can be hard to know when and where to turn for help. From full-time teachers to small business owners, 211 is a free and confidential resource that connects anyone to the support they need.

Our trained service professionals are available 24/7, offering local assistance for needs related to:

If you or someone you know can relate to Michael, Jada, Maggie, or Rafael’s story, help is only 3 numbers away. You don’t have to suffer in silence any longer — reach out to 211 today. 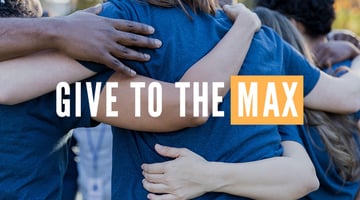 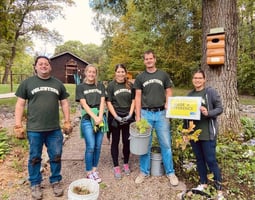 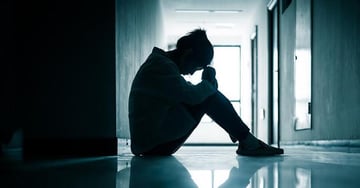 5 FAQs About 988: The Suicide & Crisis Lifeline